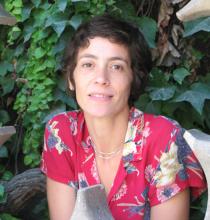 Meriam N. Belli writes on the social and cultural history of the Middle East. Her first book, An Incurable Past: Nasser's Egypt Now and Then (University Press of Florida, c2013; 2017) explores the 1950s-1960s and their representations within Egyptian society through stories of schooling (national memory); war and effigy-burning on the Suez Canal (local memories); and the apparition of the Virgin Mary (communitarian memories).

She is currently working on a transnational history (Europe, North Africa, and Southwest Asia) that has for purpose to explore modern political and cultural boundaries in the Mediterranean through the lens of the transit of human remains.

Meriam N. Belli received her PhD in Middle East history from Georgetown University in 2005. She earned an M.A. and a DEA (post-Masters thesis) in history at INALCO, Paris, France. Between 2005 and 2008, she taught at Georgetown University; for Pepperdine University's internship program in Washington, DC; and at MIT, Cambridge, Mass. She joined the History Department at the University of Iowa in the fall of 2008.

At the University of Iowa, she is teaching courses on national, religious, and gender identities in Southwest Asia and North Africa; the history of the modern Middle East; and Urban Space and Colonial Architecture.