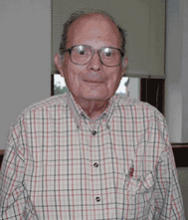 Lawrence E. (Larry) Gelfand, Professor Emeritus of History at the University of Iowa, passed away on November 30, 20l0 in Irvine, California. The cause of death was heart failure. He was 84.

Born in Cleveland, Ohio in1926, Gelfand attended public schools in Cleveland Heights. He served in the U.S. Army (Infantry) and the Military Police in 1944-1946 before returning to his education at (Case) Western Reserve University, where he received his BA in 1949 and his MA in 1950. He completed his PhD at the University of Washington in 1958, where he worked with W. Stull Holt. His doctoral dissertation, published as The Inquiry: American Preparations for Peace, 1917-1919 (Yale University Press, l963), excavated the fascinating—and until that point little-known—story of the American preparatory commission, a group of scholars empanelled by Woodrow Wilson to lay the groundwork for the peace.

At Iowa, Gelfand taught many courses but his bread-and-butter was the immensely popular two-semester survey on the U.S. in World Affairs and an equally popular course on World War II. His early research had also left him with a deep and continuing interest in the history of planning, and in 1984 he and his colleague Ellis Hawley taught an NEH Seminar for College Teachers on “The New Rationality: Planners and Politicians in Wartime and Interwar America, 1917-1945.” He was also active in Iowa’s graduate program, directing more than 60 MA theses and more than 20 doctoral dissertations. In addition, his career at Iowa included service as Department Chair, and a term as President of the University’s Faculty Senate. He played a significant leadership role in the State Historical Society of Iowa at a critical period of its development and actively supported the professional work of Iowa Teachers of College History. His contributions to public history also included service on the board of the Harry S Truman Presidential Library.

Gelfand was one of the leading diplomatic historians of his generation. He was a driving force behind the development of the Society for Historians of American Foreign Relations (SHAFR), and served as its President in 1982. His leadership in SHAFR is recognized by the annual Lawrence Gelfand-Armin Rappaport Dissertation Fellowship. In addition to The Inquiry, he published numerous articles and A Diplomat Looks Back (Yale, 1968), an edition of the memoirs of Lewis Einstein. But Gelfand’s research interests extended well beyond diplomatic history and included work on migration, political, and Iowa history. In 1979 he edited Herbert Hoover: The Great War and Its Aftermath, a volume growing out of the Hoover Centennial Seminars. And the breadth of his interests is well captured in his work (alongside Ellis Hawley) with Iowa’s Center for the Study of the Recent History of the United States, a center he helped to found in 1975 and of which he was director from 1981 to 1994. In this role, he edited or co-edited The New Deal Viewed from Fifty Years (1984), Changing Patterns in American Federal-State Relations (1985), Agricultural Distress in the Midwest (1986), and Constitutional Issues of the Twentieth Century of Special Interest to Iowans (1989). Gelfand retired from teaching in 1994, but not from his research. He had just completed a manuscript, “Democracy and Tyranny,” surveying American relations with dictatorial regimes in the middle years of the twentieth century. He was a prolific author of book reviews.

Students who had the good fortune to work with him know well the personal kindness and protective devotion he showed to them. Nor will they forget his love of research, especially archival research, his tolerance of opposing points of view, and his willingness to be helpful long after they had launched careers of their own. Indeed, he seemed to take more pride in their success than he did in his own many accomplishments.

Gelfand is fondly remembered as a scholar, a teacher, and a colleague. He is survived by his wife Miriam, daughter Julia, sons Daniel and Ronald, grandson Benjamin, and sisters Betty (Forcheimer) and Eileen (Manning).

Ron Gelfand's Eulogy to his father

Ben Gelfand's Poem to his grandfather