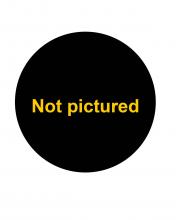 Jaroslaw Pelenski was born in Warsaw in 1929 of Ukrainian ancestry. He spent the next 15 years growing up in Warsaw and Lublin. His family left Poland in the summer of 1944, one week before the Warsaw Uprising (during which the Nazis methodically destroyed Warsaw). After the war he attended Oberrealschule in Würzburg, followed by two semesters at Würzburg University. He earned his first doctorate at Ludwig Maximilian University in Munich in 1957.

During his university studies in Germany Pelenski worked for the American occupation forces and courts, and finally moved to the US in 1957. From 1958 to 1961, he taught German literature and language at King’s College in Wilkes-Barre, Pennsylvania. In 1968, he earned his second PhD at Columbia University. From 1964 to 1967, he was an assistant professor of history at American University in Washington, D.C.

In 1967, Pelenski accepted a teaching position in the History Department of the University of Iowa, where he remained in his capacity as Professor of History until his retirement in 1998. Since 1987 Pelenski has been president of the W. K. Lypynsky East European Research Institute, Inc., in Philadelphia. Since 1993, he has also been Director of the European (previously East European) Research Institute of the National Academy of Sciences of Ukraine, where he was elected as a foreign academician in 1992.