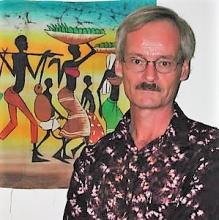 James Giblin has been a member of the History Department since 1986. His primary research interest is Tanzania and East Africa in the nineteenth and twentieth centuries. His first book, The Politics of Environmental Control in Northeastern Tanzania, 1840-1940 (University of Pennsylvania Press), explored connections between environmental and political change. More recent research on social history in twentieth-century Tanzania has been published as A History of the Excluded: Making Family and Memory a Refuge from State in Twentieth-Century Tanzania (James Currey, 2006). He is the co-editor of two books, and has contributed articles to a number of edited volumes and journals, including the Journal of African History and Azania. In recent years he has held major fellowships from Fulbright-Hays, the Faculty Scholar program of the University of Iowa, and the National Endowment for the Humanities. His current work includes co-direction of a collaborative research project on the oral history of the Maji Maji war, a major rebellion against German colonialism in Tanzania during 1905-06.

He received his Ph.D. from the University of Wisconsin at Madison in 1986.

He teaches the history of Africa. Courses recently taught include: