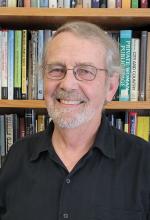 Shelton Stromquist works primarily in the fields of U.S. labor and social history, though his research and teaching have taken a comparative and global turn in the last few years. His first book, A Generation of Boomers: The Pattern of Railroad Labor Conflict in Nineteenth-Century America—originally a dissertation directed by David Montgomery at the University of Pittsburgh—examined railroad strikes and working-class community in the “era of Great Upheaval.” That work also led him to an interest in the transformation of working-class political culture during the late nineteenth and early twentieth centuries. While not primarily focused on the Sombart question—“Why no socialism in the United States?”—his research has uncovered a rich and diverse vein of labor and socialist urban politics that represented, at least in the municipal realm, a social democratic impulse he believes is comparable in many ways to what developed in cities of Western Europe and the Antipodes.

In the past few years Shel has cast his research net more widely to better understand the comparative context of U.S. municipal labor politics in the period 1890-1920. As the University of Iowa Global Scholar, he has been able to do intensive research on the municipal setting of labor and socialist politics in England, Sweden, Germany, Australia, New Zealand and Austria (Vienna). He is pulling this research together for a book, tentatively titled, Social Democracy in the City: The Politics of Urban Reform in Comparative Perspective, 1890-1920.

Over his years at Iowa, Shel has been drawn to a number of other related projects which examine the meaning and historical significance of class in American life; the regional processes of class formation (with particular attention to the Midwest); and global patterns of labor mobilization, recruitment and conflict. His book, Reinventing "the People": The Progressive Movement, the Class Problem and the Origins of Modern Liberalism (published in February 2006 by the University of Illinois Press), explores the Progressive Era origins of American liberals' unwillingness to see the world in class terms. He edited a recently published collection of essays, Labor's Cold War: Local Politics in a Global Context (University of Illinois Press). His continuing interest in Midwestern radical and labor reform traditions is reflected in his book Solidarity and Survival: An Oral History of Iowa Labor in the Twentieth Century (1995) and in the collection of essays he edited with Marvin Bergman, Unionizing the Jungles: Labor and Community in the Twentieth-Century Meatpacking Industry. His work on the global dimensions of labor history is reflected in two recent essays, "Railroad Workers and the Global Economy: Historical Patterns," and with Hugh Cunningham, "Child Labor and the Rights of Children: Historical Patterns of Decline and Persistence."

He received his PhD from the University of Pittsburgh in 1981.

Professor Stromquist teaches undergraduate courses on the history of the American working class, the Gilded Age and Progressive Eras, and the history of U.S. immigration. His graduate courses—both readings and seminars—are generally in the area of U.S. social and labor history and recently, comparative labor history. Courses recently taught include: