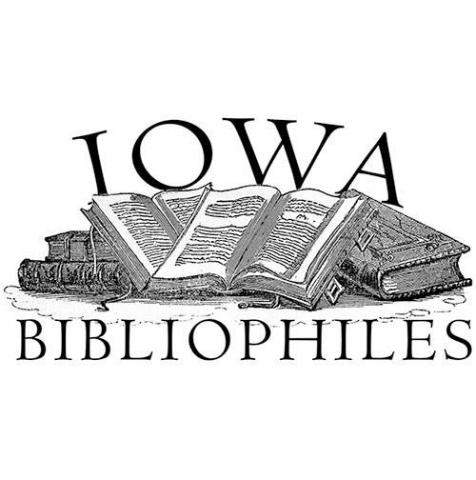 Cartography as visual history:  One Iowan’s adventure in map collecting.

Some of us are visual learners. Maps are an interesting way to explore history. Paul Morf started collecting maps in about 2003, and his interest began with Iowa history, and eventually expanded to include the history of cartography of the Western Hemisphere, with his earliest maps of the Americas dating to the 1520s.

Morf will take us in a time machine exploring Iowa’s history through some of his maps, with a few stops in the late 1800s and a focus on Iowa’s territorial period from 1838 until statehood, where its shape and extent went through several changes. He will then work back in time looking at maps that portray the area that became Iowa before 1838, starting with its 2-year tenure as part of the Wisconsin Territory, and moving back through its days as part of the Missouri Territory to the Louisiana Purchase and before. Expanding to some early maps of the United States and North America, Morf will look at the colonial period, including a French Map of Canada from 1703 that is  perhaps the first map to include a phonetic equivalent to “Iowa” where in the place we now occupy.

Finally, Morf will talk about the explosion of cartography following the advent of the printing press and Columbus’s and Magellan’s voyages, and share a few of his favorite woodcut and copper plate maps of North America and the Western Hemisphere from the 1500s by cartographers such as Waldseemuller, Fries, Munster, Apian, Honter, Gastaldi, Ruscelli, Mercator, and Ortelius, which illustrate how the hemisphere and continents began to take shape in the minds of Europeans during the age of exploration.

At which point the time machine will drop you all off back in 2021.

Paul is a 6th generation Iowan whose ancestors homesteaded in Woodbury County and elsewhere. He lives in rural Linn County where he has enjoyed reconstructing prairies, rebuilding an 1860s log cabin, restoring and maintaining his 1890s barns and farmhouse, and imagining what Iowa might have looked like in the days of Louis and Clark and earlier.

This event is free and open to all. The presentation will also be recorded and placed on Special Collections' YouTube channel at a later date. Following the presentation, a brief Q&A will follow, which will not be recorded.

The University of Iowa Acknowledgement of Land and Sovereignty

The University of Iowa is located on the homelands of the Ojibwe/Anishinaabe (Chippewa), Báxoǰe (Iowa), Kiikaapoi (Kickapoo), Omāēqnomenēwak (Menominee), Myaamiaki (Miami), Nutachi (Missouri), Umoⁿhoⁿ (Omaha), Wahzhazhe (Osage), Jiwere (Otoe), Odawaa (Ottawa), Póⁿka (Ponca), Bodéwadmi/Neshnabé (Potawatomi), Meskwaki/Nemahahaki/Sakiwaki (Sac and Fox), Dakota/Lakota/Nakoda (Sioux), Sahnish/Nuxbaaga/Nuweta (Three Affiliated Tribes) and Ho-Chunk (Winnebago) Nations. The following tribal nations, Umoⁿhoⁿ (Omaha Tribe of Nebraska and Iowa), Póⁿka (Ponca Tribe of Nebraska), Meskwaki (Sac and Fox of the Mississippi in Iowa), and Ho-Chunk (Winnebago Tribe of Nebraska) Nations continue to thrive in the State of Iowa and we continue to acknowledge them. As an academic institution, it is our responsibility to acknowledge the sovereignty and the traditional territories of these tribal nations, and the treaties that were used to remove these tribal nations, and the histories of dispossession that have allowed for the growth of this institution since 1847. Consistent with the University's commitment to Diversity, Equity and Inclusion, understanding the historical and current experiences of Native peoples will help inform the work we do; collectively as a university to engage in building relationships through academic scholarship, collaborative partnerships, community service, enrollment and retention efforts acknowledging our past, our present and future Native Nations.

To learn more about Acknowledgements of land and sovereignty, please visit the Native American Council page on the subject