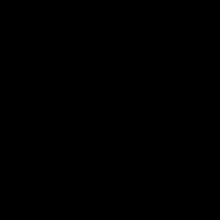 FROM THE FACULTY OF THE UNIVERSITY OF IOWA DEPARTMENT OF HISTORY

Last night, officers of the Iowa City Police Department and the Iowa State Patrol used tear gas and other weapons of war against members of our student body and the larger Iowa City community who were exercising their constitutional right to peacefully protest. We, the faculty of the University of Iowa Department of History, unequivocally condemn such actions by law enforcement. This would be true under any circumstances, but we are especially appalled given that last night’s protest was in the name of stopping police violence against Black people and communities, and that many in the crowd were young people of color.

History shows us that policing in the United States has been systematically racist and deeply inequitable for generations. It also shows us that Black people have waged struggles against racist policing practices for generations, before the #BlackLivesMatter movement, before any of us were born. When members of the university and Iowa City communities come together to loudly say that Black Lives Matter, they join a long and proud tradition of struggle to make this community, this state, and this nation better and more just.

Last night, the Iowa City Police Department and Iowa State Patrol chose to position themselves on the wrong side of that struggle. History has not judged kindly authoritarian actions carried out to suppress dissent, either here or abroad. Yet that is the tradition that the ICPD and ISP decided to join last night. In 1965, the great American essayist James Baldwin, reflecting on the police terror visited upon Black communities in his own time, wrote that “the law is meant to be my servant and not my master, still less my torturer and murderer.” Members of law enforcement, from the upper echelons to the rank and file, must understand that their stated purpose is to serve. It is not to dictate and confine the limits of citizens’ rights to peacefully assemble, speak, and protest, and certainly not through violently coercive means against members of what Dr. Martin Luther King called our “Beloved Community.”

Given what happened last night and in solidarity with citizen-activists from both our on- and off-campus communities, we urge the University to follow up on its stated opposition to police brutality by taking concrete steps to make the ICPD and all area law enforcement groups more accountable for their aggressive actions against our students and neighbors. In light of recent events, the University of Minnesota has reassessed its relationship to the Minneapolis Police Department, and we recommend the University of Iowa do the same with our local law enforcement agencies. Words without action mean little when it comes to issues of justice.

Lastly, we wish to affirm our love, respect, and thanks to our students and community members who are protesting, especially if you were victim to police violence last night. We are proud of you and proud to be in community with you.