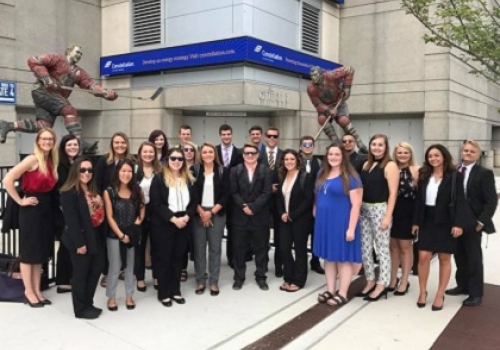 Twenty-three University of Iowa students, led by Dan Matheson, participated in the Chicago Blackhawks practicum during the Summer 2017 term. First, students met in Iowa City to propse theme-night recommendations for the Cedar Rapids Kernels, the single-A affiliate of the Minnesota Twins. Next, students traveled to Chicago for two weeks of experiential learning which included assisting the Blackhawks at their annual fan convention, conducting research, and making recommendations on a range of sport business issues facing the Blackhawks.

See and hear about the students' experiences during the Chicago Blackhawks practicum in the following highlight video.