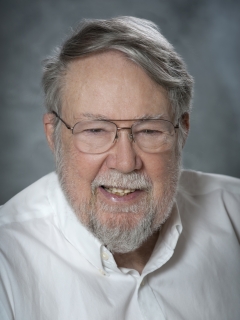 Professor Hunnicutt received his MA and PhD in American History from the University of North Carolina, Chapel Hill.  He has served as chair of Leisure Studies and head of the Division of Physical Education at the University of Iowa. He has worked as a consultant to unions and businesses interested in shorter work hours and the potential of leisure to improve the community and workplace. Hunnicutt is a member of the Academy of Leisure Sciences and past co-director of the Society for the Reduction of Human Labor.

Professor Hunnicutt is a historian. He has been a professor at the University of Iowa since 1975. For most of his academic career he has focused his research and writing on the historical mystery: "the end of shorter hours."  With writers such as Joseph Pieper and Hannah Arendt, he has also explored the “rise of the world of total work”— the unique modern glorification of work as a crypto-religion and the resulting trivialization of leisure that for centuries was progress’ ultimate destination.

Hunnicutt is the author of several books, book chapters, and articles, including Work Without End: Abandoning Shorter Hours for the Right to Work (1987), Kellogg's Six-Hour Day (1995) Free Time: The Forgotten American Dream (2013), The Age of Experiences: Harnessing Happiness to the New Economy (2020). Currently, he is working on a two volume history of work, tentatively entitled: The Rise and Fall of Work (the second volume subtitled, Saving Work, A Failing Faith) and a trade, self-help book, What to Buy To Make You Really Happy, And Then Some

Hunnicutt has written for The Wall Street Journal, Politico, and the Huffington Press, and appeared in a variety of nationally and internationally broadcast television and radio programs including: ABC News, NBC News, the Canadian and British Broadcasting Corporations, the Today Show, the Charlie Rose Show, and appeared in the PBS special, “Running Out of Time” and the German Television documentary  “Frohes Schaffen - Ein Film zur Senkung der Arbeitsmoral.”