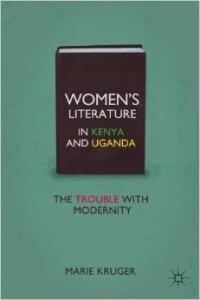 My current book project examines the representation and commodification of traumatic memory in South African visual culture. My research is focused on two specific expressions of visual culture: 1) feature and documentary films that recount the traumatic experience of individuals victimized by the apartheid state and their public appearance before the Truth and Reconciliation Commission (TRC) in the 1990s; and 2) a series of thematically related, permanent multi-media exhibitions in central Johannesburg that document human rights abuses in the city’s most infamous prison complex (http://www.constitutionhill.org.za/). The exhibitions occupy several buildings on a site formerly known as “Number Four” (or, the Old Fort) where prominent political dissidents, from Fatima Meer to Winnie Mandela, together with thousands of other South Africans were imprisoned during apartheid. Once a place closely associated with state-sponsored violence, the exhibitions have physically transformed one of South Africa’s most notorious places of racial oppression into a site of public remembrance of traumatic violence. The exhibitions in the former prison buildings are part of a larger urban development that also includes the country’s new Constitutional Court (http://www.constitutionalcourt.org.za/site/home.htm). As a result, the entire site has been renamed “Constitution Hill.”

My previously published book, Women’s Literature in Kenya and Uganda: The Trouble with Modernity, draws attention to fictional works that constitute a vital, yet often overlooked part of the cultural and creative exchanges in Eastern Africa. I argue that the writers’ simultaneous interest in gender dynamics within local communities and in social exchanges between two neighboring East African nations allows for a unique examination of the relationship between modernity, gender and the complex cultural and political networks of the Great Lakes Region.

My work has been published in US-American, German, and Kenyan literary journals, including Research in African Literatures, Postcolonial Text, Swahili Forum and The Nairobi Journal of Literature. In 2012, I co-edited a special issue of Research in African Literatures on “Memory/History, Violence and Reconciliation” (together with Mildred Mortimer and Maureen Eke). In my former professional life as ALLNET Director (Autonomous Language Learning Network) at the University of Iowa and as a Swahili Language Instructor at the University of Wisconsin – Madison, I edited and co-authored several pedagogical publications for African language studies.

Teaching Areas / Courses: I teach a variety of undergraduate and graduate classes designed to introduce students to African and African diasporic literature and film, as well as courses on postcolonial theory, human rights, cultural studies, feminist theory and gender studies:

First Year Seminar: Iowa and the World
The Power of Storytelling: Art, Trauma and Survival
Introduction to Postcolonial Studies
Gender and Sexuality in African Literature and Film
Honors Proseminar: Human Rights Narratives
Topics in African Cinema: Visualizing Human Rights
Literatures of Africa and the Caribbean
The Pleasure and Pain of Travel
Stories about HIV/AIDS