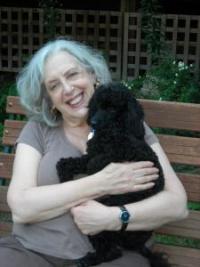 I have devoted my career to examining a range of questions that center on motherhood, reproduction, and sexuality, particularly as these are played out in American cultures.  In particular, I’m interested in how people in “impossible” cultural situations understand and manage their identities.  Over the course of my career, I have completed studies that focus on low-income Latina immigrants in San Francisco, lesbian mothers, lesbian and gay commitment ceremonies in the US, and gay fatherhood.  My most recent project focuses on a coalition of Black LGBT Pentecostals in the US, with my book on the group, Filled with the Spirit: Sexuality, Gender and Radical Inclusivity in a Black Pentecostal Church Coalition, published by University of Chicago Press in 2018.

My work is located at the juncture of feminist and cultural anthropology, and I have long been concerned with how women and members of sexual/gender minorities make sense of the multiple identities they derive from ethnicity, race, and class, sexual orientation, and parental status. In lesbian and gay studies my work has focused on the construction of community in American cultural contexts, and, in response to recent debates in feminist and queer theory, to devising more nuanced understandings of concepts of resistance and accommodation. I have also maintained an active interest in women's experience in the health care system, particularly in terms of the ways in which patients and providers negotiate access to reproductive care and on the emerging globalization of reproductive technologies.

My publications include Lesbian Mothers: Accounts of Gender in American Culture, Recognizing Ourselves: Lesbian and Gay Ceremonies of Commitment, and Gay Fatherhood: Narratives of Family and Citizenship in America. I am also the editor of Inventing Lesbian Cultures in America, and the co-editor of Women, Health and Healing: Toward a New Perspective (with Virginia Olesen). My three co-edited volumes on lesbian and gay anthropology (all with William Leap) are Out in the Field: Reflections of Lesbian and Gay Anthropologists, Out in Theory: The Emergence of Lesbian and Gay Anthropology, and Reinventing Lesbian/Gay Anthropology in a Globalizing World.  I have also published extensively in feminist anthropology. Feminist Anthropology: A Reader offers a collection of classic articles in the field, and 2016 co-edited volume (with Leni M. Silverstein), Mapping Feminist Anthropology in the Twenty-First Century focuses on future directions in the field.