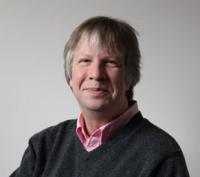 Corey Creekmur's teaching and research focus on international popular cinema (especially American and South Asian), cross-cultural film genres, and the way in which such films interact with other media (such as music) as well as discourses of race, gender, and sexuality. He also teaches courses, derived from the theoretical foundations of cultural studies and psychoanalysis, on the affective relation between film stars and fans. His work on American literature deals with popular genres as well, including detective fiction and the superhero comic book. In addition to his main appointments in the Departments of English and Cinematic Arts, he is affiliated with International Programs, Sexuality Studies, and the South Asian Studies Program. He also directs the Institute for Cinema and Culture.

“Bombay Bhai: The Gangster in and Behind Hindi Cinema,” in Images of Justice: Cinema, Law, and the State In Asia, eds. Corey K. Creekmur and Mark Sidel. New York: Palgrave Macmillan, 2007.