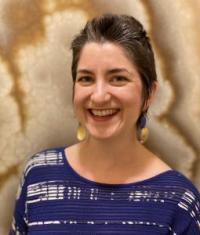 My research examines the intersection of citizenship, kinship, and economy in the everyday lives of South African families. As the availability of wage labor declines globally, I research how women rework the obligations entailed by kinship and citizenship in order to combat their social and economic insecurity. Drawing on approaches from feminist anthropology, women’s history, and gendered theories of capital, my work considers how intimate relationships—such as those between couples or kin—reproduce or transform both economic inequalities and political belonging. I address these questions in South Africa, where gender, race, and work mark the shifting boundaries of political inclusion.

I am in the process of writing up a book on my research on poor women’s efforts to garner resources for themselves and their children between 1960 and 2014. During this period, the availability of both marriage and waged work declined dramatically, rendering social reproduction and political recognition quite tenuous. Using archival and ethnographic research on family life and welfare provision, I tracked the livelihood strategies of poor mothers living in a multiracial inner-city neighborhood in the apartheid and democratic eras. My work reveals that women responded to men’s declining ability to earn a family wage and to formalize marriage relationships by cultivating new relations of obligation and dependency. I show how women built resource networks across families, friends, and communities that outlined alternative conditions of debt and duty not grounded in either a marital contract or relations of affinity. In the process, I argue, women not only responded to, but actively constructed the gendered and racial economy of the country and forged new relations between men and women, persons and communities, citizens and the state.