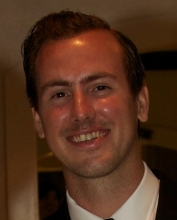 University of Iowa Professor of Anthropology Ted Powers authored a peer-reviewed article titled, "Echoes of austerity: Policy, temporality, and public health in South Africa," that was featured in Focaal - Journal of Global and Historical Anthropology (Issue #83, Spring 2019) . Powers was co-guest editor of the issue, and also co-authored its introduction, “The anthropology of austerity: An introduction.”

In the article, Powers examines how policy principals associated with austerity travel across time, space, and the levels of the state in South Africa, eventually manifesting in a public health policy that produced cuts to public health services. These cuts have impaired the livelihoods of South African poor and working-class people.

Powers joined the University of Iowa faculty in 2014. His research focuses on the dynamics of health, politics, and social inequality in post-apartheid South Africa.

Article Link:
https://clas.uiowa.edu/news/professor-anthropology-ted-powers-publishes-article-...
Back to top »