New courses centered around the complexities of sustainability at global and local levels will be offered at the University of Iowa next semester.

The University of Iowa will see four new courses in the spring semester for a field that is increasingly popular among new students: sustainability sciences. These “made-from-scratch” courses will highlight the deeply interdisciplinary nature of the program and the intricate systems it deals with.

“I think [the interest] is there because the younger generations do really have [sustainability] at the forefront of their minds,” Garske said. “The major is one of the first of its kind. It’s not a super common program offered at other institutions.”

Garske said the new courses are designed around the new sustainability science major, which started this fall.

“A lot of the logic behind the major had to do with the fact that sustainability and the things that go into are really complex. It’s hard to deal with those issues with a singular perspective, so it’s truly interdisciplinary,” Garske said.

UI Geographical and Sustainability Sciences Associate Professor Silvia Secchi  and Nichols will both have new courses next semester that dive into the complexities of sustainability, the pair said.

“The course that I’ll be teaching in the spring is a focus on positive case studies of communities that are going against the international status quo of sustainable development to articulate their own ideas,” Nichols said.

Nichols’ profile of work focuses on the impacts of globalization on human health and agriculture, especially in India. Secchi’s academic history is also rooted in agricultural sustainability.

Originally trained as an environmental economist, Secchi said her profession spans across various disciplines of environmental policy and her expertise in agricultural policy.

“I really believe in place-based education,” Secchi said. “I want to bring examples that are local and ones that think globally like the Amazon and Nile rivers, along with the Missouri and Mississippi, which gives [the course] a strong local anchor [and] local perspective.”

Due to Iowa’s intense agricultural production, Secchi and Nichols each said they see integrating the state’s practices as vital in educating students about sustainability.

“Iowa has a strong agricultural economy, and it is dominated by corn and soy and chemical-intensive agriculture,” Nichols said.

She said a lot of chemical run-off problems are driven by government subsidies and ethanol mandates that promote the overproduction of corn and soy.

Secchi emphasized that Iowa is the most important state behind California in terms of agricultural production. Secchi said that current production systems are very good at just a few things — like Iowa’s leading production in corn, soy, eggs, and hogs — but lack of a diverse landscape is a problem.

However, agriculture can still end up being part of the solution, Secchi said.

“Agriculture has the potential to mitigate climate change. It’s at the forefront of what sustainability means in the 21st century,” Secchi said.

Garske, Nichols, and Secchi all stressed the importance of sustainability sciences in building systems that reduce the amount of substantial damage being done to the environment today.

“We call it a major for the future,” Garske said. “This is going to be a part of pretty much government and every business. In almost every sector, if they don’t already have a sustainability functionary or person thinking about these issues, they’re going to need one sooner or later.” 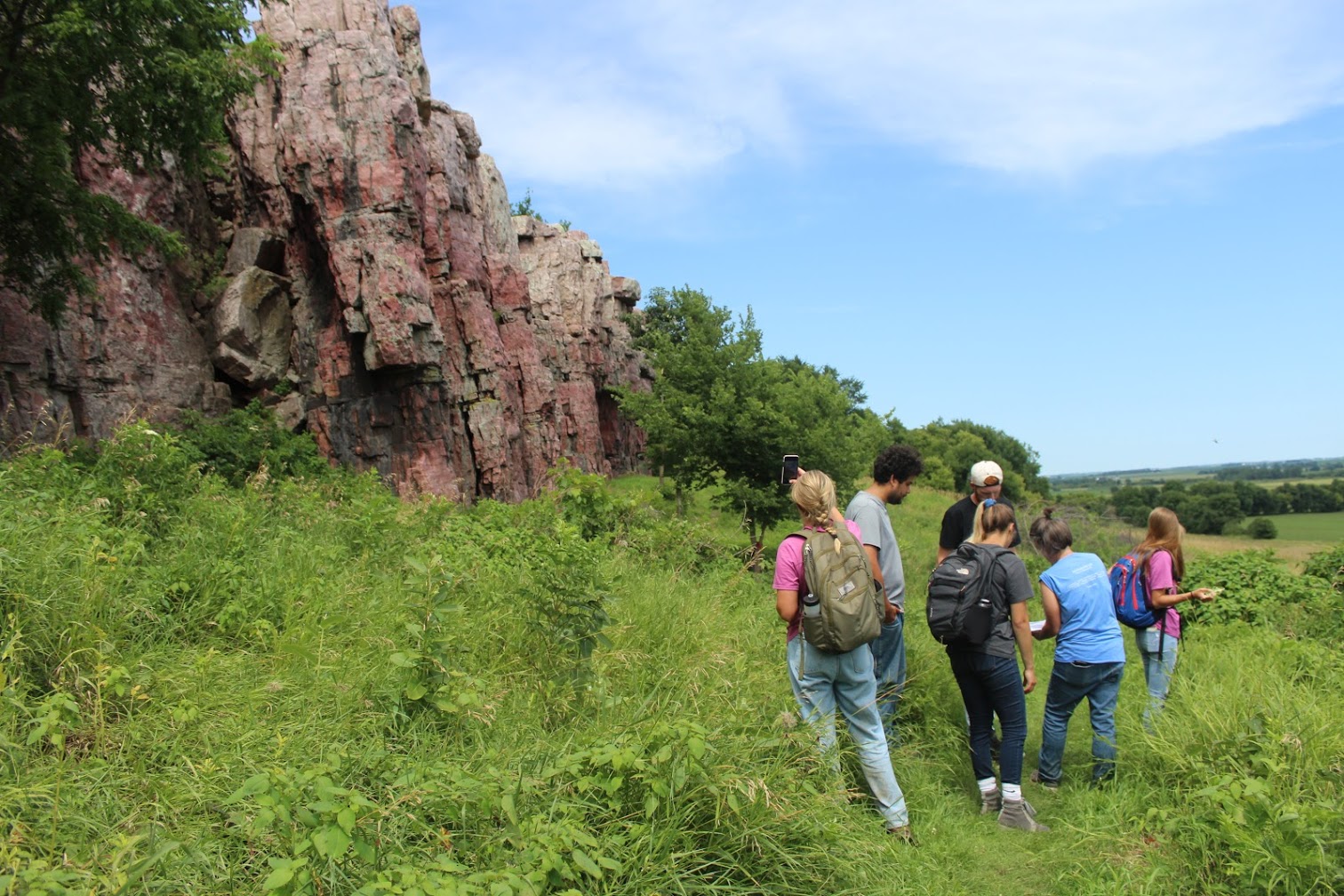