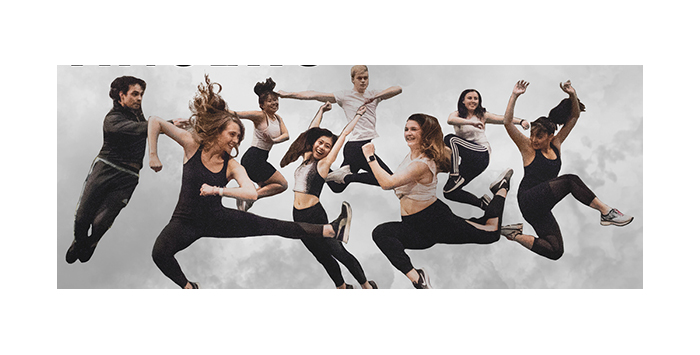 Dancers in Company, the University of Iowa’s touring ensemble, presents an evening of contemporary dance for their home concert. Now in its 36th year, the company’s repertory will reflect current trends in concert dance from leading companies in the field such as Urban Bush Women. Curated by company directors George de la Peña and Alexandra Bush, this evening of dance engages with current social and cultural themes as well as exploring the joys of combining music and dance. UI Dance students will perform as well as conduct workshops and public discussions to facilitate community conversations throughout Iowa and neighboring states. We urge you to catch the only UI home performances from this company of talented and exciting dancers.

Works featured in this year's concert include:

And Let’s Go
Choreography by Alex Bush, in collaboration with the company
And Let’s Go is a meditation on preparation and an ode to movement as an art and a state of being. It celebrates movement as cultural expression through community, and embraces athleticism, rigor, and play as integral components of a rich movement experience. The choreographer was inspired by her toddler son’s joyful exploration of movement, and her own curiosity around nurturing one’s love of moving while also cultivating a career out of those same principles. And Let’s Go features music by the Hawkeye Marching Band Drumline.

LOOKS LIKE HAPPY
Choreography by Melinda Myers, in collaboration with the ensemble

Damper Lifted Oblivion
Choreography by Tony Orrico, in collaboration with the dancers

I Shall Wear My Trousers Rolled
Choreography by Charlotte Adams
I Shall Wear My Trousers Rolled, inspired by T.S. Eliot’s The Love Song of J. Alfred Prufrock, suggests the romance of the past through overlapping images and memories. The piece features seven dancers, costume design by Margaret Wenk-Kuchlbauer, and a collage of earth 20th century music: Louis Armstrong, Irving Berlin, Claude Debussy, Charles, Ives, and Bessie Smith.

Tickets are available through the Hancher Box Office at 319.335.1160 or 1.800.HANCHER or online at www.hancher.uiowa.edu/tickets.