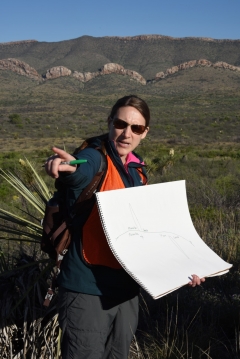 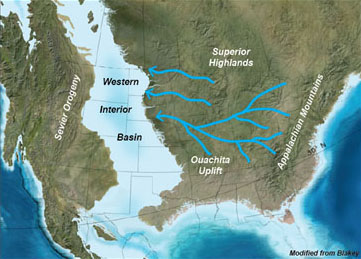 The traditional provenance model for foreland basins suggests that most of the sediment is transported to the basin via fluvial systems from the adjacent fold-thrust belt. In recent studies of foreland basins where new provenance techniques were applied, however, craton-derived sediment was important in the early stages of foreland basin development.  Furthermore, the drainage divide on the fold-thrust belt margin is normally located within a few hundred kilometers of the depositional edge of the basin, whereas the drainage divide on the craton side of the basin can be more than a thousand kilometers from the depositional edge of the basin.

The primary goal of this project is to better understand sediment dynamics from all potential sources in foreland basins by studying the middle Cretaceous continental-scale drainage patterns and paleogeography of eastern North America. The Dakota Formation is the oldest sedimentary unit preserved along the eastern margin of the Cretaceous Western Interior Basin, a north-south-trending foreland basin system that separated a convergent margin fold-thrust belt to the west (Sevier orogeny) from low-lying craton to the east.

Check out my new Lithosphere paper using data from this project.

The sedimentary record of differing modes of subduction 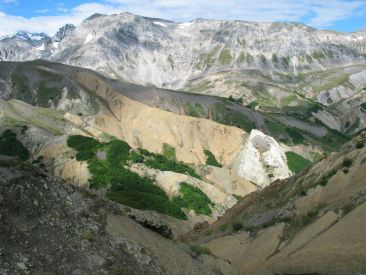 Flat-slab subduction of buoyant oceanic plateaus, microplates, and aseismic and spreading ridges is occurring along some of the world’s largest convergent margins today and has been recognized in the geologic record in many regions. Yet the sequence, timing, and magnitude of upper plate processes related to flat-slab subduction are still poorly understood. Furthermore, the majority of previous research that contributes to our understanding of forearc basin depositional systems comes from convergent margins that have experienced protracted periods of subduction of normal oceanic crust.

The goal of this project is to better understand the dynamics of the upper plate as a result of flat-slab subduction along convergent margins, including the magmatic, topographic, erosional, and depositional response to this process. We are investigating the Late Cretaceous – Cenozoic sedimentary deposits of the Cook Inlet basin in southcentral Alaska, which constitute a complete sedimentary record of forearc basin strata deposited during three different modes of subduction. Normal subduction of normal oceanic crust in the Late Cretaceous was followed by flat-slab subduction of a spreading ridge, and later by the ongoing subduction of an oceanic plateau. This study employs various analytical methods including 1) a double-dating technique that combines fission track and U-Pb geochronology on single zircon grains, 2) mudstone geochemistry, and 3) sandstone petrography. The integration of these datasets will enable us to investigate the patterns of regional exhumation, magmatism, and sediment transport across the area and interpret these patterns in terms of regional tectonics and changes through time. 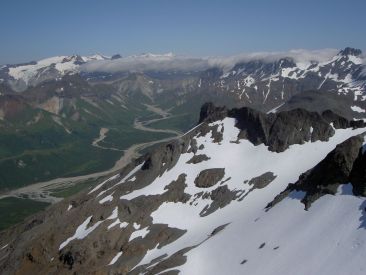 The goal of this project is to better understand the dynamics of the upper plate during subduction initiation and spreading ridge subduction along convergent margins, including the magmatic, erosional, and depositional response to these processes. We are investigating the Late Jurassic – Cenozoic arc and backarc basin sedimentary deposits of the central Aleutian Islands and western Alaska Peninsula.  The Peninsula strata constitute a complete sedimentary record of deposition prior to, during, and after Late Paleocene spreading ridge subduction beneath the Alaska Peninsula. Central Aleutian strata have materials eroded from nearby plutons and are likely to contain zircons crystallized from magmas associated with Eocene subduction initiation and early Aleutian Arc development. This study utilizes various analytical methods including 1) LA-ICP-MS U-Pb geochronology of detrital zircon grains, 2) combined CA-TIMS geochronology and trace element geochemistry of detrital zircon grains, and 3) sandstone petrography.