Associate Dean for Research and Infrastructure 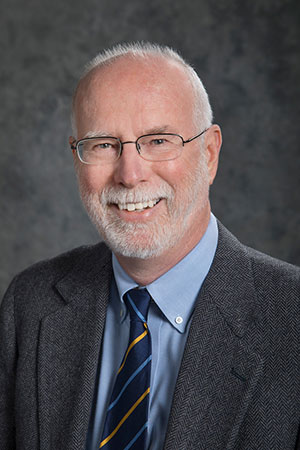 A professor in the Department of Geographical and Sustainability Sciences, Marc Armstrong earned a BA in Geography at SUNY at Plattsburgh, an MA in Geography at the University of North Carolina at Charlotte, and a PhD from the University of Illinois, joining the University of Iowa faculty in 1984. Armstrong was named a CLAS Collegiate Fellow in 2005. He is recognized as an expert in the area of geographic information science and cartography. A primary focus of his research is on the use of parallel computing to improve the performance of spatial analysis methods. Other active areas of interest are in the history of cartography and geographic information science, privacy aspects of geo-spatial technologies, and evolutionary algorithms as applied to location problems. Armstrong has served as North American Editor of the International Journal of Geographical Information Science, as an Associate Editor of Cartography and Geographic Information Science, and has served on the editorial boards of several other journals. He was named a Fellow of the University Consortium for Geographic Information Science in 2019.