Each year, several distinguished College of Liberal Arts & Sciences (CLAS) alumni are honored as Alumni Fellows and invited to campus to speak to classes, meet with small groups of faculty and students, and make a public presentation based on his or her experiences since leaving the University. The program is made possible by funds from the UI Alumni Association Dean’s Chair in the Liberal Arts and Sciences.

Join us in the Old Capitol Museum Senate Chamber at 4:30 p.m. on Wednesday, September 16, 2015, for the 2015 Alumni Fellows Celebration, jointly sponsored by CLAS and the UI Alumni Association. The celebration, which is free and open to the public, will feature an awards presentation with remarks by the Fellows, and a public panel discussion (part of the UI Alumni Association's Lifelong Learning series).
Register for the 2015 Alumni Fellows Celebration. 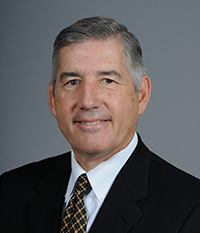 Bob Bowlsby, one of the most respected athletic administrators in the nation, was named the Commissioner of the Big 12 Conference in 2012. From 1990 to 2006, he was the University of Iowa Director of Intercollegiate Athletics, a storied tenure that included guiding and supervising the merger of the Hawkeye men’s and women’s athletic departments, a total of 24 varsity sports. After leaving Iowa, he directed the athletics department at Stanford University. Throughout his career, Bowlsby has been a national leader in intercollegiate and amateur athletics. In 2002, President George W. Bush chose him to be a member of the Commission on Opportunities in Athletics, and he served on the United States Olympic Committee Board of Directors from 2007 to 2014. The National Association of Collegiate Directors of Athletics (NACDA) named him the 2001-02 Central Region Athletic Director of the Year, and Sports Business Journal selected him as the National Athletics Director of the Year. 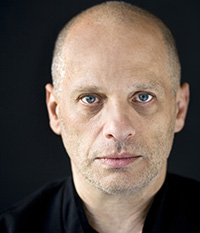 David Lang, one of the world’s most highly recognized composers, received the Pulitzer Prize in Music in 2008 for the little match girl passion. In 2010, a recording of that piece won a Grammy Award for Best Small Ensemble Performance. The co-founder and co-Artistic Director of the renowned Bang on a Can ensemble, his works have been commissioned by the world’s leading ensembles and cultural institutions, including the Los Angeles Philharmonic, the Berlin Philharmonic, the BBC Symphony Orchestra, the Kronos Quartet, the John F. Kennedy Center, and Hancher Auditorium. In 2013-2014, he served as the Richard and Barbara Debs Chair at Carnegie Hall, and he has won the Rome Prize, the Doris Duke Performing Artist Award, and France’s Chevalier des l’Ordre des Arts et Lettres.  He was elected to the American Academy of Arts and Letters in 2014, and currently serves as Professor of Composition at Yale University and Composer-in-Residence at De Doelen in the Netherlands, home of the Rotterdam Philharmonic. 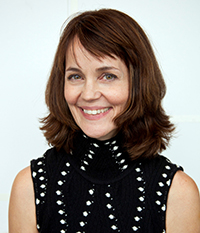 Leslie Yazel — who started her journalism career as a reporter at the Daily Iowan — is the Executive Editor of Cosmopolitan. While still working toward her undergraduate degree from the University of Iowa with a double major, she was a correspondent for the Des Moines Register, and after graduating, went on to work for some of the nation's most highly acclaimed publications, including the Washington Post, Wall Street Journal, Glamour, and Maxim. Yazel, who has served as a Hearst Fellow at the University of North Carolina and a Washington Post Media Fellow at Duke University, is recognized as one of the most powerful and influential female journalists in the country, and regularly speaks to aspiring journalists about her experiences as a leader in the field.

The College of Liberal Arts & Sciences at the University of Iowa is a comprehensive college offering 64 majors in the humanities; fine, performing and literary arts; natural and mathematical sciences; social and behavioral sciences; and communication disciplines. More than 16,000 undergraduate and 2,000 graduate students study each year in the College’s 39 departments, led by professors at the forefront of teaching and research in their disciplines. The College teaches all UI undergraduates through the General Education Program, and confers about 70 percent of the UI's bachelor's degrees each academic year.