Join us for the 2014 Alumni Fellows Celebration!

The Alumni Fellows program—now in its 16th year—formally recognizes College of Liberal Arts and Sciences (CLAS) graduates or former students for their outstanding contributions to society, their professions, the College, and the University of Iowa. The program is made possible by funds from the UI Alumni Association Dean’s Chair in the Liberal Arts and Sciences.

Each year, several distinguished CLAS alumni—nominated by the CLAS departments in which they studied—are honored as Alumni Fellows. They are invited to campus for a two-day visit. Each Fellow visits his or her home department to speak to classes, meets socially with small groups of faculty and students, and makes a public presentation based on his or her experiences since leaving the University.

At 4:30 p.m. on Thursday, September 11, 2014, the College of Liberal Arts & Sciences Alumni Fellows below will participate in a special celebration at the Old Capitol Museum Senate Chamber, jointly sponsored by CLAS and the UI Alumni Association. The 2014 Alumni Fellows Celebration will combine an awards presentation with remarks by the Fellows and a public panel discussion as part of the Alumni Association's Lifelong Learning series. The celebration is free and open to the public. 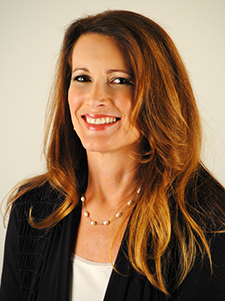 Two years after receiving her degree from the College of Liberal Arts & Sciences, Hope Edelman published the groundbreaking memoir Motherless Daughters: The Legacy of Loss, which began as her thesis project and became an instant bestseller that has been translated into eleven languages. The recipient of numerous prestigious awards, including the 2007 Pushcart Prize, Edelman has gone on to publish six acclaimed nonfiction books and has become one of the most respected nonfiction writers in America. An expert in the field of early mother loss and mother-daughter relationships, Edelman speaks at venues and conferences all over the world and appears frequently on television. Her articles, essays, and reviews are often featured in top publications and her work has been included in many anthologies. As an alumna, she has remained a close friend of the Nonfiction Writing Program, serving as an ambassador for the University of Iowa and returning each July to teach in the Iowa Summer Writing Festival. Edelman teaches writing at Antioch University Los Angeles. 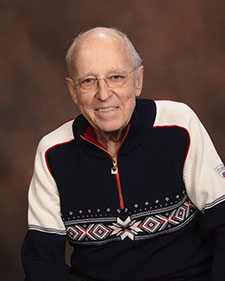 Bruce Gronbeck, Professor Emeritus in the Department of Communication Studies, is recognized as one of the most prominent scholars of rhetoric and media in the world. A dedicated teacher and scholar, he served the College of Liberal Arts & Sciences with distinction from 1973 until his retirement in 2008, including as the A. Craig Baird Distinguished Professor of Public Address, director of the Center for Media Studies and Political Culture, and department chair. In addition to teaching generations of undergraduate students with passion and innovation, Gronbeck mentored sixty-five successful doctorate candidates at the University of Iowa, earning him the Outstanding Mentor Award from the University of Iowa Graduate College and the National Communication Association (NCA) Mentor Award. The recipient of many academic honors—among them the NCA Distinguished Scholar Award and serving as a Fulbright Senior Specialist—Gronbeck has been a leader in publicly engaged scholarship and a respected  voice in his discipline for decades. 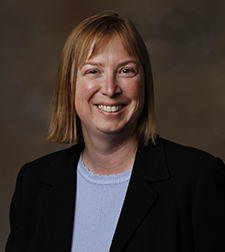 Shelley Minteer is the USTAR Professor of Chemistry and Materials Science and Engineering at the University of Utah. A winner of the Scientific American Top 50 Award in 2008, and a Fellow of the Electrochemical Society, Minteer holds forty patents, has published nearly two hundred articles, regularly gives presentations, and receives robust grant funding as the principal investigator on numerous research projects. She is a highly respected scientist in the field of bioelectrochemistry, conducting cutting-edge research in enzymes, cellular energy, biofuel cells, and CO2 sequestration. In 2005, based on her patents she cofounded Akermin, Inc., a company dedicated to the development of enzyme-based CO2 sequestration technologies. Minteer's work promises to have an enduring impact on energy, bioelectrochemistry, and medicine, as well as on the many students of every level whom she has taught and mentored. 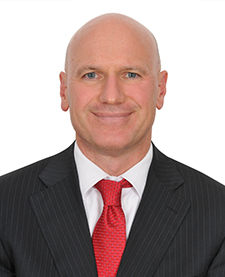 A twenty-year career diplomat who graduated from Iowa City West High School, Timothy Pounds is a Senior Foreign Service Officer at the U.S. State Department. Specializing in the Middle East, he is currently the Deputy Chief of Mission in Bahrain, has served as a Consul General in Saudi Arabia and Iraq, and worked as National Security Council Director coordinating U.S. policy for Syria, Lebanon, Egypt, and North Africa. His political and economic reporting covered the fall of Tansu Ciller’s government in Turkey; human rights abuses in, and the fall of, Alberto Fujimori’s government in Peru; Kurdish relations with Turkey, Syria and Iran; the inner workings of Bashar al Asad’s regime in Syria; and Shia uprisings in Saudi Arabia’s oil-rich eastern province. He has been deeply involved in many sensitive negotiations, such as a 2004 budget deal between Iraq's central government and the Kurdish Regional Government, the 2005 release of Moroccan prisoners in the Western Sahara, and the 2012-13 disengagement of Iraqi and Kurdish forces in Iraq’s disputed territories. He has returned to the UI to speak with Department of History and Political Science students about U.S. policies in the Middle East, and has worked closely with the University of Iowa’s International Writing Program to bring Middle Eastern writers to the program. 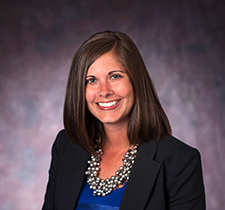 Corinna Zarek, who also holds a degree from the University of Iowa College of Law, is the Open Government Advisor in the Office of Science and Technology Policy in the Executive Office of the White House. In this capacity, she assists in developing and implementing open government policy throughout the Executive Branch and serves as a liaison for the United States with the global Open Government Partnership, a coalition of sixty nations that promotes more transparent, accountable, and collaborative government practices. She is also an attorney-advisor for the U.S. National Archives and Records Administration. A one-time editor-in-chief of the Daily Iowan, she has remained a loyal friend to the UI, including serving on the board of directors of the Iowa Center for Public Affairs Journalism and helping to direct fundraising efforts for the Daily Iowan.