The Alumni Fellows program, established by Dean Linda Maxson in 1999, formally recognizes College of Liberal Arts and Sciences graduates or former students for their outstanding contributions to society, their professions, the College, and The University of Iowa. The program is made possible by funds from the UI Alumni Association Dean’s Chair in the Liberal Arts and Sciences.

Each year, up to six CLAS alumni are honored as Alumni Fellows. They are invited to campus for a two-day visit. Each Fellow has the opportunity to visit his or her home department to speak to classes, meet socially with small groups of faculty and students, and make a public presentation based on his or her experiences since leaving the University. 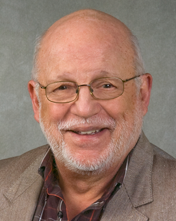 Jacques Bourgeacq, Professor Emeritus in the CLAS Department of French & Italian, taught Francophone and French literature and cultures at the UI from 1969 until his retirement in 2003. He was born in Paris and served in the French Air Force for several years before moving to the U.S. in 1969, where he earned his GED and three university degrees. A literary critic, scholar, and educator with diverse intellectual interests, he is especially noted for his work in the field of Francophone studies. His bilingual collection of Malagasy literature, Francophone Voices from Madagascar: An Anthology of Contemporary Literature, was the first of its kind to appear in the U.S. and brought contemporary voices from Madagascar to a broad Western public. Likewise, his symposium on the long-ignored literatures and cultures of the Indian Ocean, held at the UI in 1998 and featuring scholars and writers from France, the U.S., and the Indian Ocean, was the first to take place in the U.S. Bourgeacq is also an avid scholar of pedagogy, with several acclaimed books in the field. His courses on Francophone literatures of West Africa and his use of ethnography as a tool for reading and research have left their mark on several generations of students. His achievements include a Fulbright Award, a U.S. Information Agency grant, and the title of Chevalier in the Ordre des Palmes Académiques, conferred by the French Ministry of Education. Even in retirement, he works to encourage the U.S. study of the literatures and cultures of the Indian Ocean, particularly Madagascar. He is currently working on a bilingual edition of Debate, a novel by the prominent Malagasy writer Michèle Rakotoson. 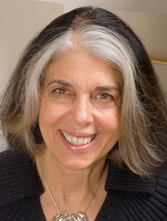 A luminary within the family therapy movement, Lois Braverman, LCSW, is the president and CEO of the New York-based Ackerman Institute for the Family—one of the premier institutions for family therapy and most highly regarded training facility for family therapists in the nation—where she works to enhance services for families both in the United States and abroad. Under her leadership, the Institute has expanded its outreach efforts to the Middle East, establishing a family therapy training program for practitioners working in Israel.

As a graduate student and later a faculty member at the School of Social Work in the College of Liberal Arts & Sciences, Braverman pioneered a systemic approach to the discipline, considering individuals within the context of their families and examining the ways in which class, race, gender, sexual orientation, religion, and disability influenced family and individual functioning—ideas that would prove instrumental to the School’s development of the family-centered systems approach now central to its curriculum. Her research also challenged the assumptions implicit in major schools of family therapy about women’s role in the family, in the workplace, and in psychotherapy. Braverman was the founding editor of the Journal of Feminist Family Therapy, the president of the American Family Therapy Academy, and the founding director of the Des Moines Family Therapy Institute. Her other accolades include the UI’s Distinguished Social Work Alumni Award and the Innovative Contribution to Family Therapy Award from the American Family Therapy Academy. 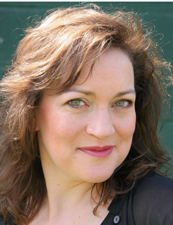 Mezzo-soprano and Iowa native Katharine Goeldner has established herself as a major talent in the operatic world. Since receiving her BM from the School of Music in the UI College of Liberal Arts & Sciences in 1985 and her Magister Diplom in German Lieder from Salzburg’s Hochschule Mozarteum, she has sung major roles with the Metropolitan Opera, the New York City Opera, and the Lyric Opera of Chicago and has performed with renowned symphonies around the world, including the Vienna Symphony, the Mozarteum Orchestra, and the Berlin Symphony. Reviewers worldwide have praised her as an “enormous talent” with a “shimmering and radiant voice”—a voice that has earned her, among other honors, the prestigious NYCO Betty Allen and Diva Awards.

Despite the demands of her international career, Goeldner makes time to cultivate her Iowa roots, regularly traveling to Iowa City from her home in Austria to volunteer at the School of Music as a clinician and guest artist. Over the past several years, she has presented numerous vocal master classes, led workshops for students interested in the profession, given benefit concerts for the School, and sung in many campus performances, most notably as mezzo-soprano soloist in the School’s anniversary performance of Verdi’s Requiem. She has also formed a chamber trio—mezzo-soprano, flute, and piano—with the purpose of bringing Midwestern talents to broader audiences through commissions, performances, and recordings. The aptly named Prairie Song Project has recently commissioned works that set to music the poetry of Nebraska natives Ted Kooser and Willa Cather. 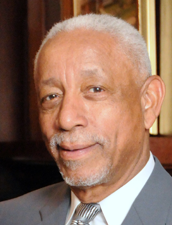 James Hill is the chair of the Department of English, Modern Languages and Mass Communication at Albany State University in Georgia. A scholar, teacher, and administrator, he has led a distinguished career, having served as dean of his university’s College of Arts and Sciences and as its Assistant Vice-President for Academic Affairs. Though his interests and publications concern African American literature and the pedagogy of writing, he has devoted himself to widening educational opportunity for African Americans, building on the work of his late UI mentor, Dr. Darwin Turner, founder of the College’s African American Studies program and the Darwin Turner Action Theater.

In 2011, Hill became the second African American to receive the National Council of Teachers of English’s prestigious Advancement of People of Color Leadership Award for his contributions both to the organization and to the professional community of English teachers. His history of service and accomplishments to the NCTE include serving as program chair, assistant chair, and chair of the Conference on College Composition and Communication; directing the NCTE Summer Institute on Literature for College Teachers; and co-founding the NCTE-CCCC Black Caucus, which has significantly enriched the diversity and cultural representation of both organizations. Hill currently serves on the executive committee of the Georgia Council of Teachers of English, which recently awarded him the Council’s highest honor, the Bolton Newland Lunceford/Louise Newland Capen Lifetime Achievement Award. 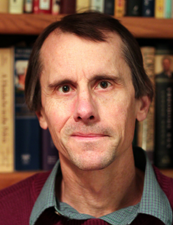 As the author of more than 500 original research articles and the editor of 10 books in the fields of aging and neurodegenerative disease, Mark Mattson is, by official counts, the most highly cited neuroscientist in the world. The Johns Hopkins University professor of neuroscience and chief of the Laboratory of Neurosciences at Baltimore’s National Institute on Aging has been interested in aging since the ninth grade, when he wrote an essay about cryopreservation—the preservation-by-freezing of living tissue. "I was grabbed with the idea of putting aging on hold," he says. Now, at the National Institute on Aging, he researches ways to put aging-related disease on hold, using new technology to understand brain aging and the development of neurodegenerative disorders. He is specifically interested in discovering whether calorie restriction can help ward off brain damage and disease.

After completing his PhD at Iowa and his postdoctoral training at Colorado State University, Mattson joined the faculty of the Department of Anatomy and Neurobiology at the University of Kentucky and became an associate at the school’s acclaimed Sanders-Brown Center on Aging. In 2011, he authored a breakthrough paper questioning the utility of standard, industrially bred—thus metabolically morbid—lab mice in research on human disease. For his many contributions to the field and to the understanding, prevention, and treatment of Alzheimer’s disease, Parkinson’s disease, ALS, and stroke, he has received the Metropolitan Life Foundation Medical Research Award, the Alzheimer’s Association Zenith Award, the Jordi Folch Pi Award, the Santiago Grisolia Chair Prize, and the Tovi Comet-Walerstein Science Award.

Public presentation: “Optimal Brain Health throughout the Lifespan: How, Why, and Why Not.” Seminar. Friday, Sept. 14, at 4:00 p.m. in 101 Biology Building East. 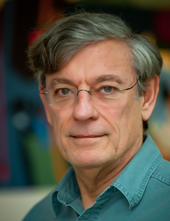 Larry Snyder, Professor Emeritus of Computer Science at the University of Washington, is best known for his work to promote the discipline of computer science and expand computer science education, particularly during the 1990s—a time of critical transition for the discipline. During that time, he chaired two National Research Council studies, both of which produced influential reports: Academic Careers for Experimental Computer Scientists and Engineers effectively legitimized computer science as a discipline, and Being Fluent with Information Technology introduced a model curriculum that remains widely used in non-majors introductory courses around the country. The latter report also introduced the concept of “computational thinking,” or the application of computer science techniques—such as data modeling, algorithmic thinking, and the testing of possible solutions—to the process of problem-solving. Today, virtually every academic discipline incorporates some aspect of computational thinking into its teaching, research, or scholarship, a trend owing largely to Larry Snyder’s contributions.

His accolades and achievements are numerous: in 1992, he was named a fellow of the Institute of Electrical and Electronics Engineers for his contributions to the field, and in 1994 he became a fellow of the Association for Computing Machinery for his work on parallel computer architecture, parallel programming, and computing theory. He has also authored hundreds of publications, served on numerous National Science Foundation research advisory committees, has taught on the faculties of Yale University and Purdue University, and has had visiting appointments at numerous top-tier universities across the world. Still, he describes the most important and rewarding accomplishment of his 46-year career as having mentored 21 doctoral students.

Public presentation: “The Magic of Learning the Science of Computer Science.” Seminar; preceded by reception at 3:00 p.m. Friday, Sept. 14, at 4:00 p.m. in the House Chamber of Old Capitol Museum.