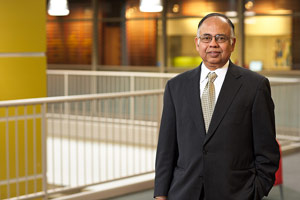 A leader in the fields of sales forecasting, retail and marketing strategy, and location analysis, Avijit Ghosh is Vice President of Technology and Economic Development for the University of Illinois system. As both a professor and an administrator, he has worked to make entrepreneurship education and experiences available across diverse disciplines throughout the university, launching new programs, revising existing programs, and establishing new research centers. As the Dean of the University of Illinois College of Business from 2001 to 2007, Ghosh oversaw the launch of the College’s Executive MBA degree in cooperation with the University of Warsaw in Poland, a unique program ranked as the best of its type in Eastern Europe. In 2004, under Ghosh’s leadership, the College received a $4.5 million grant from the Kauffman Foundation, which Ghosh used to establish two institutes to encourage entrepreneurial awareness and initiatives across the disciplines: the Academy for Entrepreneurial Leadership and the Center for Entrepreneurial Development. His vision for the future of the University of Illinois College of Business led him, in 2005, to launch a $75 million fundraising campaign, which has since funded the construction of a state-of-the-art business instructional facility, doubled the College’s endowment for named chairs, supported programmatic initiatives and research, and funded student scholarships and fellowships. Also under Ghosh’s academic leadership, the college expanded its roles in graduate and professional education, creating new programs for working business professionals in downtown Chicago as part of an initiative to serve the Chicago corporate community more directly. Prior to joining the University of Illinois, Avijit Ghosh served on the faculty and in a series of senior administrative posts at New York University’s Stern School of Business. He received his BS from Calcutta University, a postgraduate degree in business from Xavier Institute, and an MA and PhD from The University of Iowa. He is a well-known educator, scholar, and consultant and is the author of a number of accomplished books on retailing and location analysis. 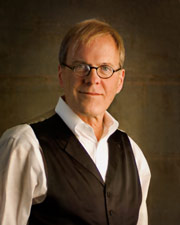 Originally trained as a theatre production designer, Erik Ulfers began his career teaching in the UI’s Theatre Arts Department (from 1977 to 1979) and creating sets and costumes for theater companies across the U.S. and Europe, including Sweden’s Malmo State Theater, Stockholm’s Royal Opera House, the New Zealand Royal Ballet, and Copenhagen’s Nya Theater, for which he won Prague’s Biennial Award for Scenography. Ulfers’s evolving interest in environmental design led him to co-found Production Design Group in 1990, where he drew upon his familiarity with audience environments and narrative spaces to design Emmy-award-winning broadcast studios for major television networks, as well as for programs such as PBS’s Where in Time is Carmen Sandiego? and HBO’s On the Record with Bob Costas. He and his team also specialized in architectural environments, designing the NBC Experience retail store in New York City, “Democracy Plaza” at Rockefeller Center, and the corporate headquarters for British Aeronautics Engineering in Washington D.C. Following his tenure at Production Design Group, Erik Ulfers served as Chief Creative Executive for Publicis Events Worldwide and Senior Vice President and Managing Director of Jack Morton Worldwide’s internationally recognized Environmental Design group. Most recently, Ulfers founded Clickspring Design, an experiential marketing firm dedicated to creating information-based environments for retail, corporate, and public events and spaces, and whose clients include Nintendo, Southern Comfort, General Motors, MSNBC, NBC, and CNN. Ulfers cites his theatre training as essential to his success, as it helped him cultivate an awareness of the relationship between audiences and the spaces they move through, as well as of the connection between narrative and space. Accordingly, he bases his Clickspring environments upon narrative ideas that, he hopes, will structure and emotionally charge the relationships between consumers and marketers. The generosity of spirit that characterizes Ulfers’s artistic work also informs his alumni endeavors. A dedicated benefactor of the Theatre Arts Department, he has recently provided funds for student designers to travel and study abroad, as well as endowed a new scholarship in the name of his mentor, professor emeritus Margaret Hall. 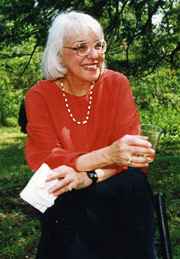 Riva Castleman joined the Museum of Modern Art’s Department of Drawings and Prints in 1963 as a cataloger and became Director of the Department of Prints and Illustrated Books—one of the Museum’s six curatorial departments—in 1976. In 1986, she was named Deputy Director of Curatorial Affairs, a position she held until she retired from the Museum in June 1995. Castleman, a native of Chicago, received her BA in art history from The University of Iowa, pursued graduate work at the Institute of Fine Arts at New York University, and was awarded fellowships from both the Corning Museum of Glass and the Tamarind Lithography Workshop. After brief periods at the Art Institute of Chicago and the California Historical Society in San Francisco, she went on to become an associate of antiquarian book dealer John Fleming, whose work led her to recognize the significance of prints and illustrated books as important expressions of modern art. Among Castleman’s important published works are Contemporary Prints (1973), Prints of the Twentieth Century: A History (1976), Printed Art: A View of Two Decades (1980), Jasper Johns: A Print Retrospective (1987), and American Impressions: Prints since Pollock (1994). During her tenure at the Museum of Modern Art, she arranged over twenty-one exhibitions on modern and contemporary prints, lithographs, and illustrated books, including exhibitions of prints by Josef Albers, Anton Heyboer, Jasper Johns, Joan Miró, Edward Munch, and Pablo Picasso. She also contributed numerous articles to domestic and international periodicals, lectured throughout the U.S., India, and Japan on the subject of contemporary prints, and for several years served as director of the CINTAS foundation, which provides fellowships to creative artists of Cuban lineage who live outside of Cuba. 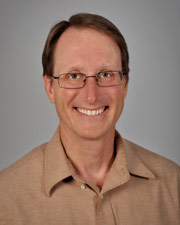 Leon Aden’s work with ExxonMobil’s exploration and development teams has taken him around the globe, to locales as diverse as Trinidad, Papua New Guinea, and West Africa. Aden, who has been exploring for and appraising oil and gas fields since 1990, has achieved crucial successes in oil exploration and production. His efforts as Project Manager, Geoscience Supervisor, Technology Advisor, and Exploration Geoscientist with ExxonMobil have resulted in the discovery and start-up of several new oil fields, increased production in established fields and reservoirs, and helped devise new ways to approach prospective fields. He is currently leading a group charged with evaluating geologic samples in order to identify new locations for oil and gas exploration. Looking back on his studies at the UI in the early 1980s, Aden particularly appreciates the College’s broad general education requirements, which, he says, helped him develop the communication skills he uses on a daily basis, as his work involves collaborating with teams of specialists from a variety of scientific and cultural backgrounds. An active member of the CLAS alumni community and a member of the University of Iowa Presidents Club, Aden continually avails the College and the Geoscience Department of his fundraising and recruiting efforts. He and his wife, Vicki, are tireless donors who, in 2003, established the Leon and Vicki Aden Excellence and Innovation Fund to support projects that foster the visibility and leadership of CLAS faculty in their research, scholarship, and creative endeavors. In addition, Aden has strengthened the relationship between the Geoscience Department and ExxonMobil, organizing recruiting activities that have resulted in many UI students launching their careers with the company. Aden has served on the CLAS Dean’s Advisory Board since 2001—he is currently its chair—and is an enthusiastic supporter of the arts, particularly of the Writers’ Workshop and the Maia Quartet, on whose behalf he has advocated and hosted fundraising events. 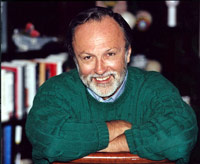 Former U.S. Congressman David Bonior is board chairman of American Rights at Work, an advocacy organization that supports workers’ rights to join labor unions. It’s a familiar role for Bonior, who, for 26 years as a U.S. Representative, advocated for social and economic justice, earning a reputation as a strong voice for working families and as a leader on fair trade, jobs, environmental issues, and human and civil rights. Born in Detroit, Bonior attended The University of Iowa from 1963 to 1967, where he played football and earned a BA in political science. He received an MA from Chapman College and, from 1968 to 1972, served in the U.S. Air Force. Elected to the Michigan state legislature in 1972 and to the U.S. House of Representatives in 1976, he served as Democratic Whip—both majority and minority—for more than 10 years. After retiring from Congress, Bonior managed John Edwards’s national presidential campaign and was later appointed to President-Elect Obama’s Transition Economic Advisory Board, for which he brokered a re-unification of the U.S. labor movement. In 2010, Council for a Livable World selected Bonior as the chair of its PeacePAC arm, which campaigns for nuclear arms control and progressive national security policies. Bonior is currently a visiting professor in the Department of Political Science, where he also serves on the Departmental Board, coordinating fundraising efforts and advocating for faculty research opportunities. He is the author of The Vietnam Veteran: A History of Neglect and Walking to Mackinac, an account of a 325-mile backpacking journey that he and his wife, Judy, took from Detroit to Mackinaw City, Michigan.