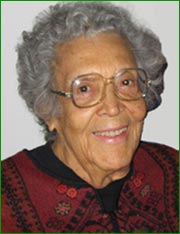 Artist, activist, teacher, and administrator Elizabeth Catlett Mora was the first African American to earn an MFA from the School of Art and Art History. She has won numerous awards for her work, and her art appears in major museums in the U.S. and in Mexico, where she has lived since the 1940s. Catlett works in many media–woodcut, drawing, and painting as well as sculpture–but always with a focus on the working class and on African-American identity and cultural traditions. One of her first important works was a series, The Negro Woman (1946-47), that depicts the oppression, struggles, and achievements of black women over time. In the 1960s, she turned her attention to the U.S. civil rights movement and produced many images that supported the aspirations of those seeking civil rights and commemorated the lives of those dedicated to creating a more just world. She has said, “Art can’t be the exclusive domain of the elect. It has to belong to everyone,” and her art has been an encouragement to all those who view it. 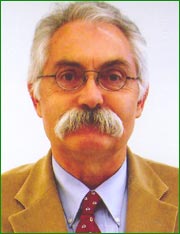 Earl E. Fitz was born in Marshalltown, Iowa, and earned both a BA (1968) and MA (1970) in Spanish from The University of Iowa. He then went on to work with Gregory Rabassa at the CUNY Graduate Center where he earned his PhD in 1977. He now teaches at Vanderbilt University where he focuses on Brazilian literature. He is a widely published scholar, who has been particularly influential in helping others to recognize the importance of the comparative approach to the literatures of Latin America. He has also been a pioneer in the field of gender criticism, including his 1981 study, Sexuality and Being in the Poststructuralist Universe of Clarice Lispector: The Différance of Desire. He has also written about Machado de Assis and other writers. His most recent book, Brazilian Narrative Traditions in a Comparative Context, was published last year. 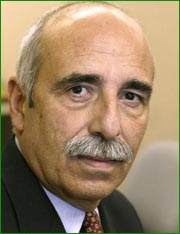 Currently serving as Dean of the Graduate School at Temple University, Aquiles Iglesias also maintains an active research life. He has built upon his PhD work (completed in 1978) in the Department of Speech Pathology and Audiology to make many contributions both in the field of speech pathology and in the broader realm of multicultural education and higher education. He has done significant work in the area of assessment of Spanish-English speaking children and this work has provided a model useful for work with any bilingual population. Prior to becoming dean of the Graduate School, he chaired the Communication Sciences Department in the College of Health Professions for over a decade. He also was the associate director of the National Center on Inner Cities, a research and development center focused on increasing the success of students at inner-city schools. He became a fellow of the American Speech-Language-Hearing Association in 1988 and was given a certificate of Recognition for Special Contributions in Multicultural Affairs by that organization in 1994. 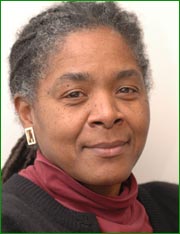 Marsha A. Martin works in two especially challenging areas of public policy—HIV/AIDS and homelessness. She prepared for her work with a BA in Psychology (1974) and an MSW in (1975) from the College of Liberal Arts and Sciences, followed by a DSW from Columbia University in 1982. Currently, she is the Senior Deputy Director, Department of Health HIV/AIDS Administration in the District of Columbia, where she lives. Before she entered public service, Dr. Martin was a faculty member in the School of Social Work at Hunter College, where she also developed an annual Alternative Mother’s Day Celebration: A Conference for Lesbian Mothers, Lovers, Partners, and Friends. In 1999, she received the John C. Macy Award from the National Alliance to End Homelessness and, in 2001, she received the Secretary’s Award from the U.S. Department of Health and Human Services. Dr. Martin co-owns Ellington’s on Eighth, a neighborhood restaurant, and the Eighth Street Market, a grocery and deli. Both businesses employ those who are or have been homeless. Through her efforts, almost 100 formerly homeless people have rejoined the community. 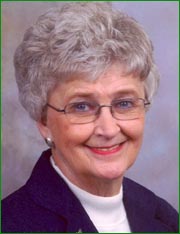 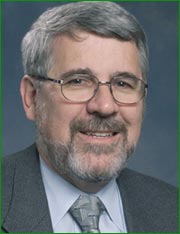 Few physicists make a contribution in areas as different as medicine and national defense. Thomas E. Romesser, who earned his MS (1973) and PhD (1974) from the Department of Physics and Astronomy, has significant accomplishments in both areas. His technical leadership in isotope separation provided a key step in producing the palladium-103 isotope that has been used in the treatment of prostate cancers in over 100,000 men, with a record 84% cancer-free success rate. His work has also been instrumental in the development of high-energy lasers for use in land, air, and space defense systems. Dr. Romesser has spent his career in the aerospace industry, first at TRW Incorporated and, as Vice President of Technology Development, at Northrup Grumman. In 2002, he was made a fellow of the Directed Energy Professional Society, in recognition of 25 years of significant contributions to the nation’s directed energy development program. In 2003, he was elected to the National Academy of Engineering.