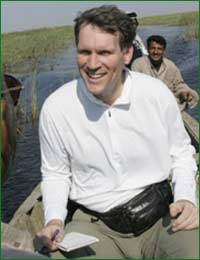 James Thomas Glanz is a science reporter for the New York Times and, during the past year, one of its investigative correspondents in Iraq. After earning his doctorate in astrophysics at Princeton he served as a staff writer at the magazines R&D and Science before joining the Times in 1999. His first book, Saving Our Soil: Solutions for Sustaining Earth’s Vital Resource, drew in part upon his childhood in Iowa. With fellow Times reporter Eric Lipton, he coauthored City in the Sky: The Rise and Fall of the World Trade Center, which has been called a biography and an autopsy of the twin towers and has been widely read and enthusiastically reviewed. His recent sequence of signed, front-page articles in the Times has dealt with major issues in Iraq, including the search for weapons of mass destruction. His article “Huge Cache of Explosives Vanished from Site in Iraq” was one of the ten most viewed articles on the Times website in 2004. 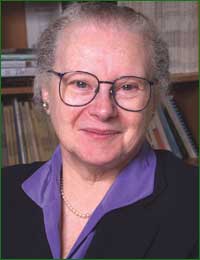 Frances Degen Horowitz is a nationally renowned developmental psychologist who served as president of the Graduate School and University Center of the City University of New York from 1991 to 2005. She came to CUNY's graduate center from the University of Kansas, where she was vice chancellor for research, graduate studies, and public service, and dean of the Graduate School. She has also held many leadership roles in educational and civic organizations. She is the author of more than 125 articles, chapters, monographs, and books on infant and early childhood development, high-risk infants, the gifted, and theories of development. Her acclaimed research earned her election as a fellow of the Division of Developmental Psychology of the American Psychological Association, as well as a fellow of the American Association for the Advancement of Science and the American Academy of Arts and Sciences. 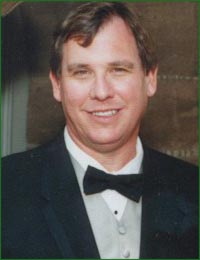 Stephen Hulme is senior engagement manager/solutions architect for Sun Microsystems. He is a project executive and systems architect who builds and manages teams of technical and business professionals to tackle complex application development and integration projects. Before joining Sun in 2001, he was a practice manager at Netscape Communications Corporation and had been involved with the Internet and electronic commerce since their early days. Steve and his teams have designed and implemented an email infrastructure for all residential broadband customers for one of the largest Internet Service Providers. Other major projects include security and banking systems for major corporations and government agencies. In addition to his full-time career, Steve is also working on a Master of Theological Studies degree at the Duke Divinity School. 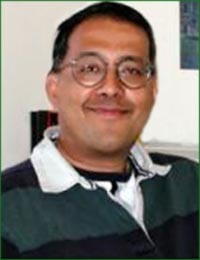 Shanto Iyengar is the Harry and Norman Chandler Chair in Communication and professor of political science at Stanford University. Arguably the world’s leading scholar on the relationship between the media and politics, he has won the American Political Science Association’s Murray Edelman Lifetime Career Award, as well as a host of other professional honors. He has published articles in all the major political science journals as well as in top tier journals in communication and psychology. He has authored or edited six books, including Going Negative: How Political Advertisements Shrink and Polarize the Electorate, which won Harvard’s Goldsmith Book Prize and has played a significant role in public debate. His work has found a wide audience by combining high standards of scholarship with pressing questions about the nature of contemporary politics. 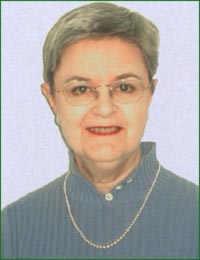 Trudy Huskamp Peterson is one of the world’s leading archivists. She had a long and distinguished career at the National Archives, rising through the ranks to become the Acting Archivist of the United States. Since retiring from the National Archives in 1995, she has worked internationally to forge connections between archives and human rights. She was the founding executive director of the Open Society Archives in Budapest, where she led efforts to preserve and make available archives from the countries of the former Soviet bloc. She subsequently served as the director of Archives and Records Management for the United Nations High Commissioner for Refugees, opening those important records for public research use. Currently she is engaged in major international efforts to ensure the preservation of records of governmental truth commissions and international criminal tribunals. 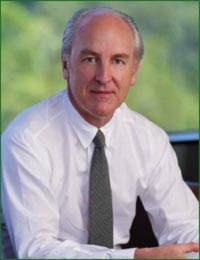 Chairman and CEO of SYSCO Corporation
BA 1970,
Department of Mathematics

Richard J. Schnieders is chairman and chief executive officer of SYSCO Corporation, the largest food service marketing and distribution company in North America. He has been with SYSCO since 1982, when he was recruited into the corporation’s executive development program. He has earned the deep respect of his employees and coworkers by maintaining the highest standards of integrity. Under his leadership, SYSCO has worked to promote sustainable agriculture and family farming, working with local farmer cooperatives and small food production companies to deliver quality products to the marketplace. He has served on the advisory and executive boards of several industry and civic organizations, such as the National Restaurant Association Education Foundation, the Culinary Institute of America, Houston Habitat for Humanity, the Center for Houston’s Future, and the Houston Food Bank.