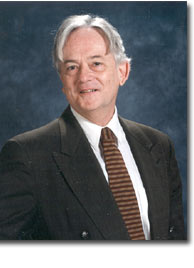 Lawrence Bryant has earned an international reputation as a distinguished scholar of European history with a focus on France. In addition, his inspired teaching has been recognized by students and colleagues alike. A faculty committee at CSU-Chico named him Outstanding Professor for1999-2000, calling him “a dedicated teacher, a skilled administrator, and a generous colleague." Bryant secured his scholarly reputation relatively early in his career with the 1986 publication of The King and the City in the Parisian Royal Entry Ceremony: Politics, Art, and Ritual in the Renaissance. This work combined intellectual, political, and cultural history, and is cited not only by historians, but also by scholars of literature, anthropology, and art history. He has been a Fellow at Princeton University’s Institute for Advanced Studies and at the Folger Library and has won numerous grants from prestigious sources including the National Endowment for the Humanities and the American Council of Learned Societies. 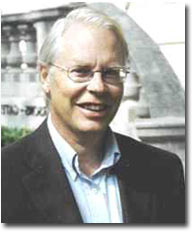 A native of Grundy Center, Roderick Kiewiet has been a faculty member at the California Institute of Technology since 1979. He served as Dean of Students from 1992-96 and Dean of Graduate Studies from 2000-02. In addition to his administrative service, Kiewiet has maintained a strong scholarly reputation as an intellectual leader in every area he has pursued. Throughout his career in California, he has remained connected to Iowa--collaborating with UI faculty members and mentoring and advising UI graduate students interested in his areas of expertise. His forthcoming fourth book, Legislatures: Comparative Perspectives on Representative Assemblies, was edited with UI political science professors Peverill Squire and Gerhard Loewenberg. A previous book, The Logic of Delegation: Congressional Parties and the Appropriations Process, (1991) was named the best book on U.S. national policy by the American Political Science Association the following year. 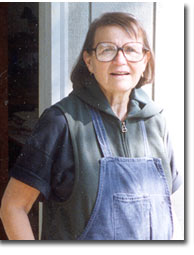 A celebrated painter and printmaker who has gained international acclaim in her long and distinguished career, Ellen Lanyon is regularly commissioned to produce major works of public art. Two recent commissions include the murals for the River Gateway Project in Chicago and a major mural for the city of Minneapolis. She has had more than 60 solo exhibitions of her work in the U.S. and abroad in some of the most exclusive venues in Paris, Rome, Turin, New York, Boston, and Chicago. Lanyon has also distinguished herself as an educator, teaching as a lecturer and visiting artist all over the country. Throughout her career, she has maintained close ties with the UI School of Art and Art History, returning regularly as a visiting artist. 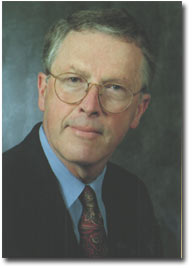 Since leaving the UI, Robert McGrath has followed a career path to significant leadership positions at the forefront of basic science and public education. He is currently provost at the State University of New York at Stony Brook and also serves as vice-president for Brookhaven Affairs at the Brookhaven National Laboratory, one of the world’s major experimental facilities in nuclear physics. Under his academic leadership, SUNY-Stony Brook was one of 10 institutions recognized with a NSF Recognition Award for the Integration of Research and Education. McGrath is one of the leading figures in experimental heavy ion research, and the Brookhaven Laboratory is the site of the Relativistic Heavy Ion Collider, which is one of the highest priority nuclear physics constructions projects of the U.S. Department of Energy. 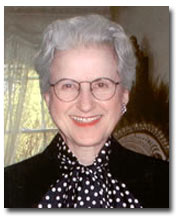 Beatrice Mintz might be called a double pioneer. As a woman studying science in the 1940s, she would have been vastly outnumbered by men in the field, but she distinguished herself as one of the premier experimental mouse geneticists in the world and developed the technology that led to the creation of transgenic and chimeric animals. She also was among the first to establish pluripotent stem cell cultures, the source of cells that may ultimately be used therapeutically to replace cells that die during a variety of diseases including Alzheimer’s and Parkinson’s Disease. Mintz’s pioneering work has led to numerous honors including the first Genetics Society of America Medal (1981), the March of Dimes Prize in Developmental Biology (1996), the American Cancer Society National Medal of Honor for Basic Research (1997), and membership in the National Academy of Sciences. In 2002, she was named to the Jack Schultz Endowed Chair at Fox Chase Cancer Center. 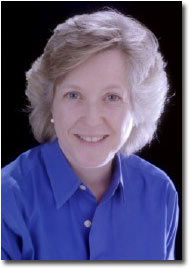 Kyle Zimmer attended law school after leaving the UI and then worked in government and advocacy until she and a group of colleagues were inspired to found an organization called First Book, a non-profit whose mission is to provide books to children from low-income families. In 1995, three years after founding the organization, Zimmer began serving as its full- time president. In 2001, First Book provided more than 7 million new books to hundreds of thousands of children in more than 700 communities nationwide. The group is planning for international expansion in the near future.